Let’s hear it for Olympic athletes from Chicago and Chicago’s suburbs!

An elite group of local athletes is making their mark at the Winter Olympics in Beijing. Meet them below: 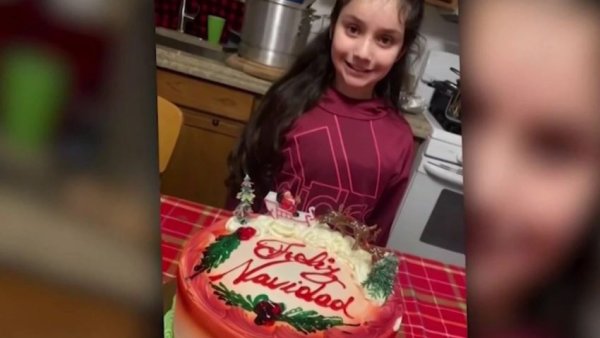 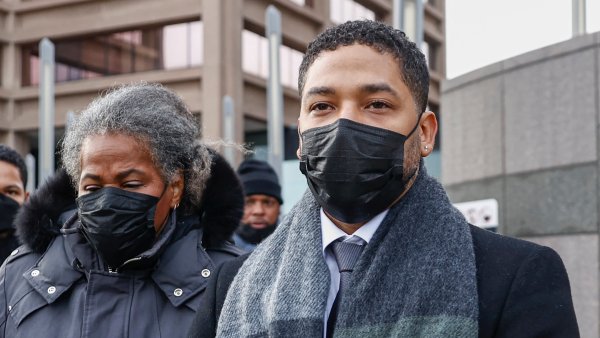 Insights: Alexa Knierim started skating with Chris Knierim in 2012. The duo married each other in 2016 and continued to compete together until Chris Knierim retired in 2020. Alexa Knierim then partnered with Brandon Fraizer, who she will compete with in Beijing. In 2017, she underwent three abdominal surgeries to treat a life-threatening medical condition and recovered in time to compete in the 2018 Olympics.

Accomplishments: Knierim is the first American pairs skater to qualify consecutively for the Olympics since 2002. Alexa Knierim and Chris Knierim placed 19th individually and won a team bronze medal at PyeongChang in 2018. Together, they have claimed three U.S. championships, three Grand Prix Series medals, two U.S. silver medals and two Four Continents medals. She collected a U.S. championship in 2021 and has won two Grand Prix Series medals with Frazier.

Insights: The California-born skater made his debut on the rink at 3 years old. Before graduating from Highland Park High School in 2013, Brown became a junior world champion in 2010 and a junior Grand Prix final champion in 2011. He attended the University of Colorado, Colorado Springs, where he earned a degree in communications.

Accomplishments: Brown first burst onto the Olympic scene by winning a team bronze medal and placing ninth individually in 2014. Throughout his four world championship appearances, Brown won first place in 2015 and most recently finished seventh in 2021. With 11 U.S. championship competitions under his belt, Brown has won bronze three times, silver twice and gold once. After placing sixth at the U.S. championships, Brown was named an Olympic alternate in 2018 but did not compete.

Insights: Murphy began playing playing hockey at the age of 6, skating with boys at her area rink, according to USA Hockey. The 19-year-old plays for the University of Minnesota team, though was most recently on the Chicago Mission. When she’s not playing hockey, Murphy enjoys playing Fortnite, rollerblading and longboarding.

Accomplishments: In 2021, Murphy competed as a member of the U.S. Women’s National Team at the International Ice Hocket Federation Women’s World Championship where she earned a silver medal. She was a member of the U.S. Under 18 Women’s National Team, skating in three IIHF Under-18 Women’s World Championships and earning two gold medals, as well as one silver.

Insights: Knight is a forward on the Professional Women’s Hockey Players Association’s Minnesota team. Before the two-time First Team All-American graduated from the University of Wisconsin, she became an Olympian in 2010. Now, Knight is making her fourth trip to the Games, joining three other players as the only American women to participate on four Olympic hockey teams. In 2017, Knight was a stark advocate for equal pay and development in women’s sports.

Accomplishments: Knight is a three-time Olympic medalist, having garnered silver in 2010 and 2014 and gold in 2018. As a member of the U.S. Women’s National Team, Knight has notched 11 medals — eight of which are gold — throughout 12 appearances in world championship competitions. The 2014 Bob Allen Women’s Player of the Year also helped bring the Badgers two NCAA championships.

Insights: The Chicago area-native began her hockey career on the area boys team, skating with her childhood friends, according to USA Hockey. Compher was the captain of Boston University’s women’s hockey team her senior year in 2020-2021. One of her two siblings, J.T., played hockey at the University of Michigan. Outside of hockey, Compher can be found laying by the pool, being with family and friends, and trying new restaurants.

Accomplishments: Competing as a member of the U.S. Women’s National Team, Compher earned a spot on three International Ice Hockey Federation Women’s World Championship teams in 2019, 2020 and 2021, which received one gold medal and one silver. She played as a member of the U.S. Under-18 Women’s National Team, participating in two IIHF Under-18 Women’s World Championship and winning gold medals in 2016 and 2017. Compher was also named a 2019 Patty Kazmaier Memorial Award Top-10 finalist.

Insights: Coyne-Schofield began playing hockey at a young age with boys in a southwest Chicago suburb. Aside from hockey, she also had a passion for other sports like baseball, basketball, softball and track. Though she stopped playing games with the boys at bantam minors, Coyne-Schofield continued practicing with both boys and girls until she attended Northeastern University. In 2018, she married Michael Schofield III, NFL offensive lineman on the Los Angeles Chargers.

Insights: Growing up in suburban Buffalo Grove, Bozek began skating at age 2 and was goalie on her local hockey team by age 6, according to USA Hockey. She attended the University of Minnesota, where she helped capture the NCAA Division I national championship her junior year. Bozek currently serves as an Athlete Mentor for Classroom Champions, which helps Olympic and Paralympic athletes in underserved communities.

Accomplishments: Bozek was a member of the U.S. Women’s National Team, where she earned a spot on seven International Ice Hockey Federation Women’s World Championship teams in 2012, 2013, 2016, 2017, 2019, 2020 and 2021 and won six gold medals, as well as two silver. She represented Team USA in the 2014 Olympic Winter Games where she earned a silver medal. Bozek was also a top-three finalist for the 2013 Patty Kazmaier Memorial Award.

Insights: At the age of 4, Harmon was originally signed up to start figure skating because hockey was full, according to USA Hockey. However, the next morning, she was fully dressed in her brother’s hockey gear and took class — then was signed up the next day for hockey. Harmon graduated from Clarkson University in 2018 with a degree in Business Innovation and Entrepreneurship. When not playing hockey, she enjoys hanging out with friends and family, cooking and swimming.

Accomplishments: Harmon was twice named to the U.S. Women’s National Team roster for International Ice Hockey Federation Women’s World Championship tournaments in 2020 and 2021, and competed in one IIHF Women’s World Championship where she earned a silver medal. While at Clarkson University, she won back-to-back national championships in both 2017 and 2018. In 2017, Harmon was drafted in the second round of the NWHL Draft by the Buffalo Beauts.

Insights: Larson joined the USA Nordic ski jumping team after notching a top-10 finish at the U.S. national championships in 2014. He spent the last season recovering from surgery after dislocating his shoulder in May 2020. According to Team USA’s website, Larson, who played lacrosse at Barrington High School, enjoys reading and collecting socks. His younger sister, Cara, also is a USA Nordic ski jumper.

Insights: Though born in suburban Lake Forest, Bickner would call Wauconda his hometown where he began skiing at age 9, according to Team USA. He attended Wauconda High School before heading to DeVry University. When not skiing, Bickner enjoys hiking and traveling.

Accomplishments: In 2017, Bickner competed in the world championships, placing 8th in the team normal hill, 11th in the team large hill and 47th in the normal hill. He represented Team USA in the 2018 Olympics Games in PyeongChang where he scored 9th in team, 18th in normal hill and 20th in large hill. Bickner was also named the USSA Ski Jumping Athlete of the Year in 2016.

Insights: The first-time Olympian — who initially was compelled by his father to start skiing — made his professional ski jumping debut at an International Ski Federation event in 2015. His hobbies include soccer and skateboarding.

Accomplishments: Gasienica posted his best FIS Cup results at the Utah Olympic Park normal hill event after placing ninth individually in 2018. He earned a spot on the Olympic roster after posting some of his best Continental Cup results this season, the latest of which includes a 36th-place finish in Innsbruck, Austria.

Insights: Kleba played hockey for 12 years before a shoulder injury spurred his switch to speed skating. In his free time, Kleba produces music and releases his beats on TikTok and SoundCloud.

Accomplishments: In 2018, two years after he started speed skating, Kleba attended the 2016 Winter Youth Olympics and won silver in the mixed team sprint event. At the 2021 Four Continents Championships, Kleba recorded first place finishes in the 500-meter race and the men’s team sprint, as well as second place in the 1,000-meter race.

Insights: A 9-year-old Lehman began speedskating to hone his hockey skills and soon became immersed in the sport. He studied civil engineering at Marquette University and currently is pursuing a master’s degree in structural engineering at Johns Hopkins University.

Insights: At 2 years old, Cepuran put on skates for the first time. At 21, he etched his name as the first skater to qualify for the 2022 Olympics after edging out his teammates at the trials. Cepuran’s older brother Gordon was the play-by-play announcer for the qualifying race. His other brother, Eric, is a former junior national team member and now works as a coach. The long-distance skater is a Cubs and Blackhawks fan.