At Tuesday’s San Diego County Board of Supervisors meeting, Supervisor Jim Desmond plans to call for county administration to have a greater role in the placement of sexually violent predators. 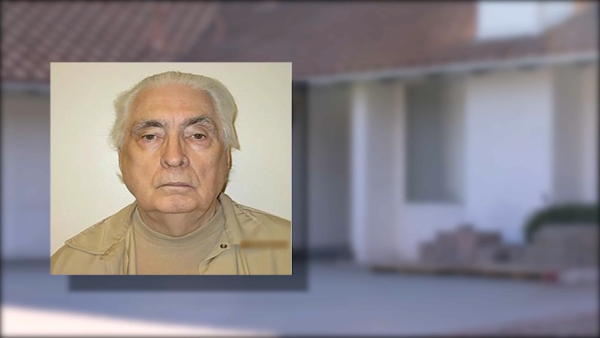 The Department of State Hospitals recommended Badger, who according to court records was diagnosed with schizoaffective disorder and sexual sadism, be placed in a million-dollar home on Frondoso Drive. It backs up to the Country Club of Rancho Bernardo and is nestled among similarly priced homes in a neighborhood of families and kids.

Channing Hughes, an RB resident, was instrumental in the fight to keep Badger out.

NBC 7’s Dave Summers talked to neighbors of the Rancho Bernardo homeowner who pulled out of a deal to house a sexually violent predator at their property.

Hughes helped rally her neighbors and made signs that hung on just about every house including the house Badger was supposed to live in.

“We had no say in it,” she explained. “We get a letter one day or an email saying this person is going to be placed in this home, and that’s all we know.”

That’s one of the things Desmond wants to put a stop to.

“I think the system is broken and I think the state should keep them in mental hospitals and keep them on prison grounds or some other place,” he said.

An item placed on the Tuesday meeting’s agenda by Desmond opposes any further placements of sexually violent predators in San Diego County for now. It also demands full local participation in the release and placement process, including full veto authority.

“The fact that they did their time doesn’t, to me, mean they are never going to do it again, and these people should not have to live in that fear,” Desmond said.

Back in Hughes’ neighborhood, the signs are gone and things are getting back to normal since the homeowners backed out of that lease. Highes said it feels like they got their lives back.

Desmond said that while the county administration is asked for its participation in these placements, up to now they’ve only been asked by the state to calm residents and subdue resistance.

Sexually violent predators are to be placed in the county where they lived before incarceration, according to state law, unless there are extraordinary circumstances that warrant another location.

MATCHDAY: Bologna playing in Serie A despite barely training – The San Diego Union-Tribune