The San Diego Seals had 20 months and 22 days to prepare for Friday night’s National Lacrosse League season opener against Vancouver at Pechanga Arena. During that time, they did more than a little bit of research, and not just on the players they’d be adding to this year’s roster.

They were looking at ways to provide the best possible fan experience.

“There are several teams in the NLL that have pushed back seats in their end zones and give an opportunity to their fans,” says Seals Vice President Josh Gross. “We listened to our fans who were asking, clamoring for a VIP experience. We’ve been able to deliver that with Seals Cove in a big way.”

It’s hard to find ways to get luxurious in the nearly 60-year-old sports arena but darnit if they didn’t pull it off. Seals Cove is the new VIP area behind one of the nets. It’s got most of the fixings of your VIP club experience: special food offerings, a DJ playing the entire game (which just adds to the fun of a National Lacrosse League game anyways), all the way down to the velvet ropes.

Add in the fact only about 80 people in an arena that seats more than 10,000 can get access to it, and you’ve got the makings of a fun sports night out. 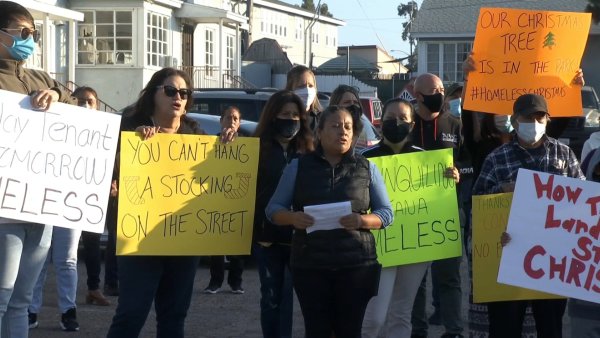 “We have eight mini-suites, which are four-person mini-suites that can be expanded to eight or 12. There are eight of those in total so 32 total people with on the glass seating. We have room for another 50 behind it in this space.”

Being on the glass of a lacrosse or hockey game is simply a different, intimate experience few sports can match. Part of the inspiration for Seals Cove came from NFL marketing genius Jerry Jones, who was the first to have his football team enter the stadium through the middle of a restaurant.

“Think about AT&T Stadium with the Dallas Cowboys. That first look at players, you’re going to get that for both the home team Seals, as well as the road team.”

It’s $70 a person to get into the standing room only VIP area of Seals Cove and if you want to grab a four-person suite it runs $700 for a game. For tickets or more information click here.

Seals Cove makes its debut on Friday night when professional indoor lacrosse returns to San Diego for the first time since March 7 of 2020. They follow that with three straight on the road, with the next home game on Saturday, January 8 against Panther City Lacrosse Club (which hails from Fort Worth, TX).

Gas prices rise again, no sign of letting up this summer – The San Diego Union-Tribune