A fight over fireworks in La Jolla is popping off ahead of the Fourth of July. Organizers are trying to secure an alternate location in time. 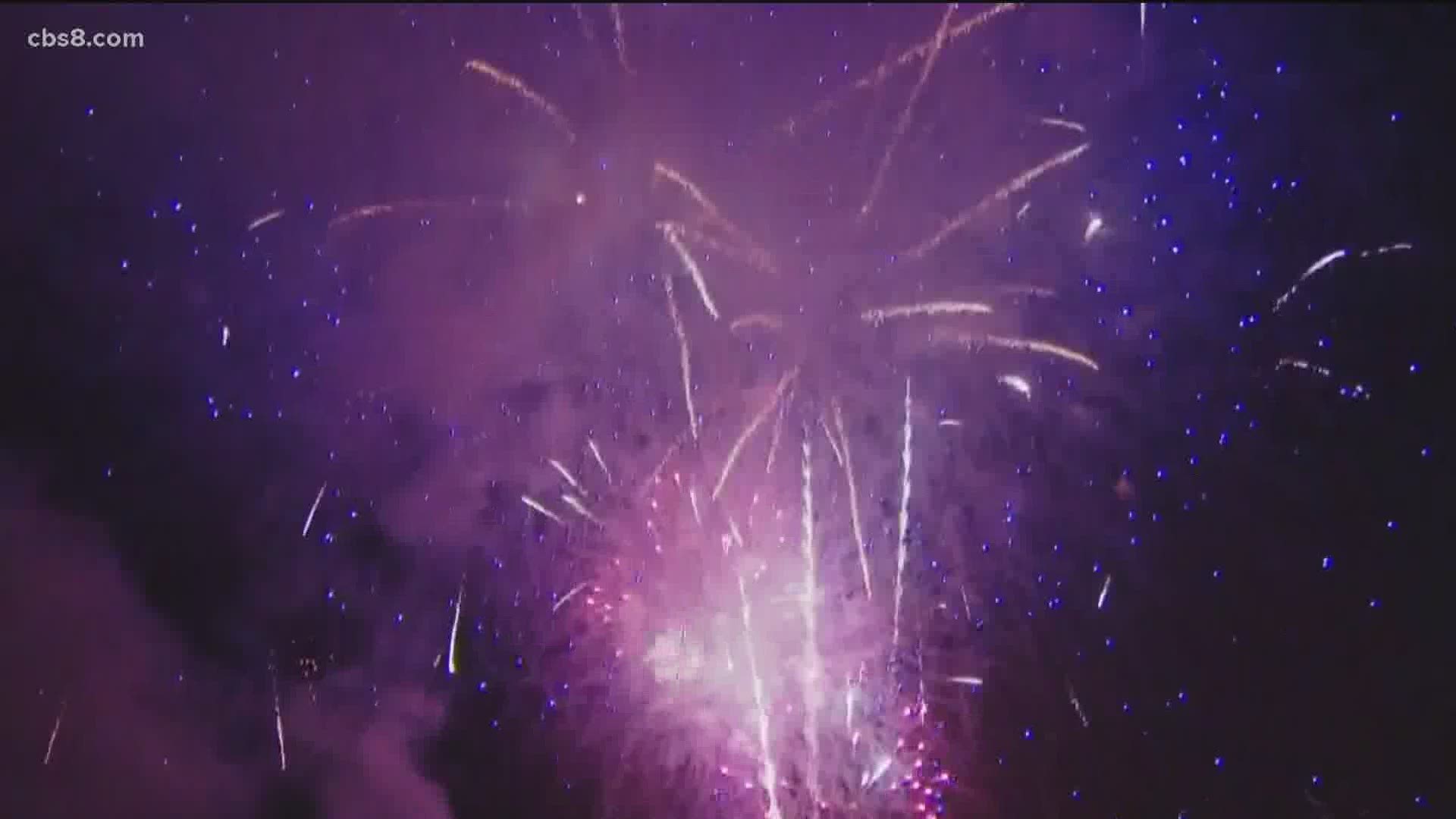 SAN DIEGO — There has been much back and forth between the City of San Diego, the La Jolla Fireworks Foundation and environmentalists about how to safely celebrate the Fourth of July as the la Jolla Fireworks show is on hold, and businesses say they need this boost.

“The business is community needed something to rally around, and they did with this event. One of them lost 50% in revenues, so we thought what a great way to bring it back,” said Brett Murphy, who lost his business due to the pandemic.

The La Jolla business community is banking on finding a new location to hold its annual fireworks show.

Organizers learned just days before its planned Fourth of July fireworks show that it has been cancelled at the cove due to not having the proper permit.

“We’ve had these fireworks for 33 in the last 36 years, I’ve never been required to get a coastal development permit,” said La Jolla business owner Jack McGrory.

The of San Diego states in part: The City did not receive a permit application for the event until June 10, leaving insufficient time to process the necessary authorizations. While we know this is frustrating, the City must follow all applicable laws.

McGrory said, “All we know is that the situation has not changed in 20 years, the seals have been on the damn beach all that time, they have had their pups there, and we have had fireworks there, and there has been no negative impact on the seals or the sea lions.”

Environmental attorney Bryan Pease sued to have the La Jolla Fireworks show shutdown in order to protect the marine life as there are over 50 sea lion pups that are legally protected and could be drastically impacted due to fireworks.

“We have new leadership that is more environmentally sound, so the good old boys club is over. That’s the message to these people is that you can’t keep doing things the way you’ve been doing them and trash the environment and think you’re just going to get away with it, It is not going to be permitted anymore,” Pease said.

But La Jollans feel singled out as Imperial Beach and Coronado will both be launching fireworks in the bay without coastal development permits, and then there’s the Big Bay Boom.

“This week with virtually no notice to us to scramble around and figure out a new alternative it’s just basically unfair,” McGrory said.

Without the much anticipated 20-minutes long show with fireworks that organizers already paid for, what will businesses do?

“There is going to be a party with 600 tickets sold, and those people are going to have no fireworks because our mayor he saying he cannot support the show any longer,” said Deborah Marengo, La Jolla Fireworks show organizer.

Pease says there has been talk about organizers launching from another park, possibly Kellogg Park which is another which is right across from the water, which he plans to keep a close eye on.