A federal judge on Wednesday ordered Texas to suspend a new law banning most abortions, which had already put a strain on clinics and patients in the month since it took effect.

But that doesn’t mean abortion services in Texas will instantly resume, because doctors still fear that they could be sued without a more permanent legal decision.

In the wording of the new law, abortions in Texas are prohibited once medical professionals can detect cardiac activity, usually around six weeks and before some women know they’re pregnant. Enforcement is left up to private citizens who are deputized to file civil lawsuits against abortion providers, as well as others who help a woman obtain an abortion in Texas. 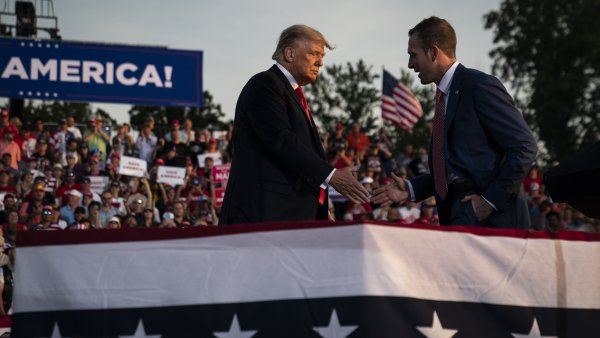 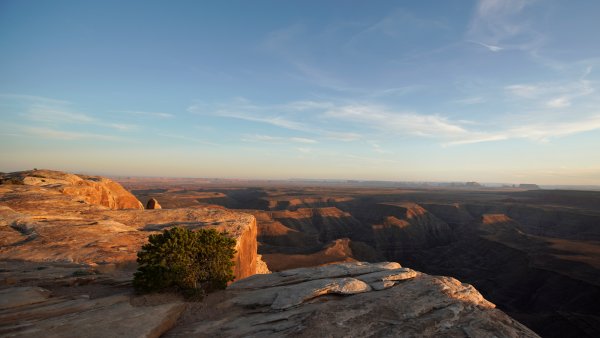 Supporters of the law known as Senate Bill 8 were preparing for a ruling that favors the Justice Department’s challengebut believe the measure — the strictest abortion law in the nation — will ultimately be upheld. Texas officials swiftly told the court Wednesday of their intention to seek a reversal.

Here are some questions and answers about what’s next and the impact so far:

WHAT HAS BEEN THE IMPACT?

Abortion providers say the ramifications have been punishing and “exactly what we feared.”

More than 100 pages of court filings in September offered the most comprehensive glimpse at how the near-total ban on abortion in Texas has played out. Physicians and executives at Texas’ nearly two dozen abortion clinics described turning away hundreds of patients, and some who showed up for appointments could not proceed because cardiac activity had been detected.

One Planned Parenthood location in Houston normally performed about two dozen abortions daily, but in the 10 days after the law took effect, the clinic had done a total of 52. Clinics in nearby states, meanwhile, say they are struggling to meet surging demand and care for their own residents is being delayed to accommodate women making long trips from Texas.

At a Planned Parenthood clinic in Oklahoma City, at one point more than 60% of the 219 appointments over the following next two weeks were for women from Texas. Doctors say recent patients from Texas have included rape victims, as SB8 makes no exceptions in cases of rape or incest.

Most Texas abortion providers say they are complying with SB8. One San Antonio doctor who became the first to publicly reveal he performed an abortion in defiance of the new law, was sued Sept. 20, but not by abortion opponents. Former attorneys in Illinois and Arkansas say they sued the doctor in hopes of getting a judge to invalidate the law.

WHAT WAS THE LANDSCAPE IN TEXAS BEFORE?

More than 55,000 abortions were performed last year in Texas, which already had some of the nation’s strictest abortion laws, including a ban after 20 weeks of pregnancy.

SINCE THE JUDGE SIDED WITH CLINICS, HOW SOON COULD THEY REOPEN?

It could be done quickly, abortion providers say, but how soon is likely to depend on several factors.

Abortion providers in Texas have experience when it comes to abruptly ramping up operations again. In the early stages of the COVID-19 pandemic last year, abortions in Texas were all but banned for weeks under orders by Republican Gov. Greg Abbott that postponed surgeries “not immediately medically necessary.”

But providers were reporting staffing issues and worried some clinics would permanently shutter. A decade ago, Texas had more than 40 abortion clinics, but more than half of them closed for good during a protracted legal battle over a 2013 law that was ultimately overturned by the Supreme Court.

Amy Hagstrom Miller, president of Whole Woman’s Health, said some of the 17 physicians at her four clinics were ready to resume normal abortion services if the law was put on hold. Preparations began last week when some doctors gave patients found to have cardiac activity information to comply with another restriction — requiring a 24-hour waiting period before an abortion — so that they would be ready to be called back.

But the majority of her physicians, Hagstrom Miller said, remain wary and fear lawsuits absent a permanent court ruling. Clinic staff are also worried. “Of course, we understand that,” she said.

The Biden administration filed its lawsuit in early September and then asked for the temporary restraining order to put SB8 on hold while the lawsuit proceeds.

Texas Right to Life, the state’s largest anti-abortion group and a driver of the new law, has cheered the fact that it has stopped abortions every day that it has been in effect.

Pitman’s ruling to grant a temporary hold doesn’t decide the constitutionality of the law, though whether the administration’s lawsuit — which calls it “clearly unconstitutional” — was likely to succeed is a factor in putting the law on hold.

Texas could quickly file paperwork officially asking the 5th U.S. Circuit Court of Appeals to reinstate the law. That New Orleans-based appeals court, which oversees Texas, is a conservative-leaning panel with a track record of staying lower-court rulings from Austin.

The law has already made one trip to the Supreme Court. The justices voted 5-4 not to intervene to prevent it from taking effect, but they said further challenges were possible. With the Biden administration’s challenge underway, the law could return to the justices quickly.

HOW ARE OTHER STATES RESPONDING?

After Texas’ law went into effect Republican lawmakers in at least half a dozen statessaid they would consider introducing bills using the Texas law as a model, hoping it provides a pathway to enacting the kind of abortion crackdown they have sought for years. Those states include Arkansas, Florida, Indiana, Mississippi, North Dakota and South Dakota.

Meanwhile, two dozen state attorneys general, all Democrats, submitted a brief in the Biden administration’s lawsuit saying a substantial reduction of abortion access in one state would result in health care systems being burdened elsewhere. They asked Pitman to block enforcement of the law.

The City Council in Portland, Oregon, briefly considered a boycott of Texas businesses because of the new law but instead decided to set aside $200,000 to fund reproductive care.

The growing anti-abortion campaign is intended to reach the U.S. Supreme Court. Abortion opponents hope the conservative coalition assembled under President Donald Trump will end the constitutional right to abortion as established by the high court in the landmark 1973 Roe v. Wade ruling.

Since the U.S. Supreme Court’s 1973 Roe v. Wade ruling that established the constitutional right to abortion, there have been legal efforts to chip away at and ultimately overturn the decision. Abortion opponents hope the conservative coalition assembled at the Supreme Court under former President Donald Trump will make that happen.