A nationwide eviction moratorium is set to expire Saturday night after President Joe Biden and Democrats in Congress worked furiously but ultimately failed to align on a long-shot strategy to prevent millions of Americans from being forced from their homes during a COVID-19 surge.

More than 3.6 million Americans are at risk of eviction, some in a matter of days, as nearly $47 billion in federal housing aid to the states during the pandemic has been slow to make it into the hands of renters and landlords owed payments. The moratorium expires at midnight.

Tensions mounted late Friday as it became clear there was no resolution in sight. Hours before the ban was set to expire, Biden called on local governments to “take all possible steps” to immediately disburse the funds. Evictions could begin as soon as Monday.

“There can be no excuse for any state or locality not accelerating funds to landlords and tenants that have been hurt during this pandemic,” Biden said in a statement.

“Every state and local government must get these funds out to ensure we prevent every eviction we can,” he said.

The stunning outcome, as the White House and Congress each expected the other to act, exposed a rare divide between the president and his allies on Capitol Hill — one that could have lasting impact as the nation’s renters face widespread evictions.

Biden set off the scramble by announcing he would allow the eviction ban to expire instead of challenging a recent Supreme Court ruling signaling this would be the last deadline. He called on Congress on Thursday to swiftly pass legislation to extend the date. 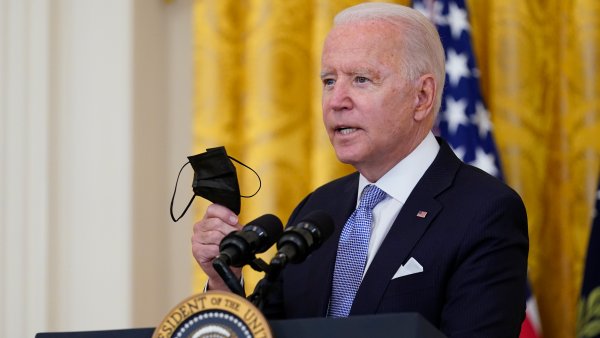 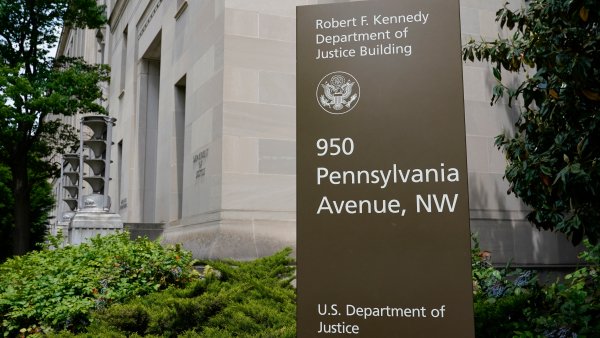 Racing to respond Friday, Democrats strained to rally the votes. House Speaker Nancy Pelosi implored colleagues to pass legislation extending the deadline, calling it a “moral imperative,” to protect renters and also the landlords who are owed compensation.

Congress must “meet the needs of the American people: both the families unable to make rent and those to whom the rent is to be paid,” she said in an overnight letter late Thursday.

But after hours of behind-the-scenes wrangling throughout the day, Democratic lawmakers had questions and could not muster support to extend the ban even a few months. House Republicans objected to an attempt to simply approve an extension by consent, without a formal vote. The Senate may try again Saturday.

Democratic lawmakers were livid at the prospect of evictions in the middle of a surging pandemic.

“Housing is a primary social indicator of health, in and of itself, even absent COVID,” said Rep. Alexandria Ocasio-Cortez, D-N.Y. “A mass eviction in the United States does represent a public health crisis unto itself.”

Rep. Maxine Waters, D-Calif., the Financial Services Committee chair who wrote the emergency bill, said House leaders should have held the vote, even if it failed, to show Americans they were trying to solve the problem.

“Is it emergency enough that you’re going to stop families from being put on the street?” Waters testified at a hearing Friday morning urging her colleagues to act. “What the hell is going to happen to these children?”

But Rep. Cathy McMorris Rodgers of Washington, the top Republican on another panel handling the issue, said the Democrats’ bill was rushed.

“This is not the way to legislate,” she said.

The ban was initially put in place to prevent further spread of COVID-19 by people put out on the streets and into shelters.

Congress pushed nearly $47 billion to the states earlier in the COVID-19 crisis to shore up landlords and renters as workplaces shut down and many people were suddenly out of work.

But lawmakers said state governments have been slow to distribute the money. On Friday, they said only some $3 billion has been spent.

By the end of March, 6.4 million American households were behind on their rent, according to the Department of Housing and Urban Development. As of July 5, roughly 3.6 million people in the U.S. said they faced eviction in the next two months, according to the U.S. Census Bureau’s Household Pulse Survey.

Some places are likely to see spikes in evictions starting Monday, while other jurisdictions will see an increase in court filings that will lead to evictions over several months.

Biden said Thursday that the administration’shands are tied after the Supreme Court signaled the moratorium would only be extended until the end of the month.

At the White House, deputy press secretary Karine Jean-Pierre said the administration backs the congressional effort “to extend the eviction moratorium to protect these vulnerable renters and their families.”

The White House has been clear that Biden would have liked to extend the federal eviction moratorium because of the spread of the highly contagious delta variant of the coronavirus. But there were also concerns that challenging the court could lead to a ruling restricting the administration’s ability to respond to future public health crises.

The administration is trying to keep renters in place through other means. It released more than $1.5 billion in rental assistance in June, which helped nearly 300,000 households. Biden on Thursday asked the departments of Housing and Urban Development, Agriculture and Veterans Affairs to extend their eviction moratoriums on households living in federally insured, single-family homes. In a statement late Friday, the agencies announced an extension of the foreclosure-related ban through the end of September.

On a 5-4 vote last month, the Supreme Court allowed the broad eviction ban to continue through the end of July. One of those in the majority, Justice Brett Kavanaugh, made clear he would block any additional extensions unless there was “clear and specific congressional authorization.”

Aides to Senate Majority Leader Chuck Schumer, D-N.Y., and Sen. Sherrod Brown, D-Ohio, the chair of the Committee on Banking, Housing and Urban Affairs, said the two were working on legislation to extend the moratorium and were asking Republicans not to block it.

“The public health necessity of extended protections for renters is obvious,” said Diane Yentel, executive director of the National Low Income Housing Coalition. “If federal court cases made a broad extension impossible, the Biden administration should implement all possible alternatives, including a more limited moratorium on federally backed properties.”

Landlords, who have opposed the moratorium and challenged it repeatedly in court, are against any extension. They, too, are arguing for speeding up the distribution of rental assistance.

The National Apartment Association and several others this week filed a federal lawsuit asking for $26 billion in damages because of the impact of the moratorium.

“Any extension of the eviction moratorium equates to an unfunded government mandate that forces housing providers to deliver a costly service without compensation and saddles renters with insurmountable debt,” association president and CEO Bob Pinnegar said, adding that the current crisis highlights a need for more affordable housing.

This story has been corrected to say that the eviction moratorium expires at midnight Saturday, not that it has expired.