Californians will be spending even more money at the pump. A new gas tax increase takes effect Thursday. And, that’s on top of already sky-high prices.

According to the U.S. Energy Information Administration, the national average for a gallon of self-serve regular gas is now $3.10. However, San Diegans are currently paying about $4.26. That’s around $1.16 more per gallon than at this time last year or $16 more to fill up the average mid-size vehicle.

While this rise in price may not cause people to cancel their holiday travel plans, San Diegans are making changes to their everyday driving habits. 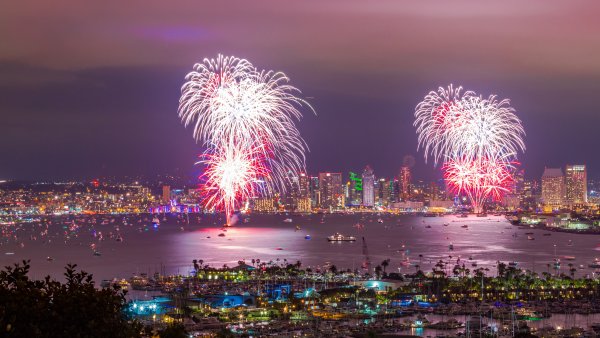 Freddie Bustria isn’t driving his SUV anymore, instead, he is borrowing his daughter’s compact car.

“[Her car] gets almost double the gas mileage,” Bustria said. He made this change, “Just to save money on gas because I drive a lot.”

Karen Brooks said the rise in gas prices has impacted her ability to see her grandchildren.

“I definitely am driving less. I pretty much drive to and from work, and to and from the grocery store. I don’t do much driving for any kind of pleasure trips or anything like that. Those are out of the window,” Brooks said.

How Can You Save Money at the Pump?

AAA says the best thing you can do is keep your vehicle properly maintained. You can also minimize the use of AC and roll down your windows. You can even try to combine all of your errands into one trip per day.

Be sure to slow down and drive the speed limit. The U.S. Department of Energy says you use more fuel when driving over 50 miles per hour.

If you plan to hit the road this weekend, the Auto Club of Southern California recommends lightening the load of your vehicle.

The gas tax was created with Senate Bill 1, the Road Repair and Accountability Act of 2017. California lawmakers believed that by applying an incrementally raising tax on gas they could make money to fund road and bridge repairs across the state. Something supporters say is worth the extra dime.

While money from the gas tax is said to be used for transportation projects, some San Diegans fear it could be used for other expenses.

“You’ll be paying up to 51 cents per gallon in taxes supposedly going to roads and infrastructure,” San Diego County Supervisor Jim Desmond said in a Twitter post.

Desmond has historically been a vocal opponent of the tax, but he added fuel to the fire in his post Thursday morning. He said that the main intent of the tax is to “get you all on trains and buses.”

California Republicans sent a letter to Gov. Gavin Newsom last month asking the state to suspend gas tax collection for the 2021-22 fiscal year due to Californians’ financial hardships during the pandemic. They suggested using money from the state’s general fund to cover the loss. Their request was unsuccessful.